The T48 was developed following the successful mounting of the 75mm anti-tank gun on the M3 half-track. Intended primarily for Great Britain using their 6pdr gun made under licence and designated as 57mm gun. production began in December 1942 and finished in May 43 with a total of 962 being completed. Although intended for Great Britain only 30 ever came here with 650 going to the Soviet Union and one to the US oversea forces, the remainder were converted back to M3A1 personnel carriers.

Our model contains one head in American steel helmet (for the seated figure), 57mm gun and gun shield

The model is supplied unpainted and will require assembly, however this is very simple and can be completed in around 5 minutes. 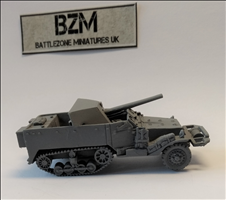 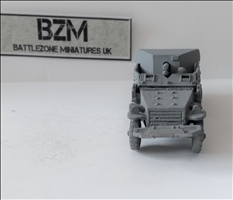 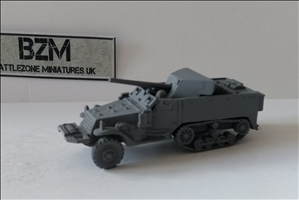 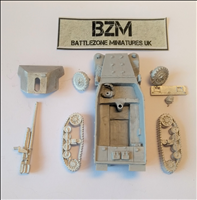