The M3A1 removed the pedestal mount and replaced this with three pintle socket mounts, it also had the M49 ring mounting for the 50.cal machine gun. As well mine storage rails added to the side hull. Production of the M3A1 started in 1943 and finished 1944 with 2862 being made, a large number of M3’s were also upgraded.

Like the M3 the M3A1 was specifically an armoured troop carrier and could carry 13 troops, a rifle squad. Armament was a 50.cal and a 30.cal machine gun Our model contains two heads in American steel helmets (for the two seated figures), one 50.cal medium machine gun and one 30.cal light machine guns. M3A1’s had two additional external storage racks and our models has these in resin add-ons.

An option is available for a crewed version with eleven seated figures plus two standing gunners (one each for the 50.cal and 30.cal machine guns) The model is supplied unpainted and will require assembly, however this is very simple and can be completed in around 5minutes.

The kit contains a resin hull and wheels, tracks, front visor, winch and guns, all in high quality white metal. 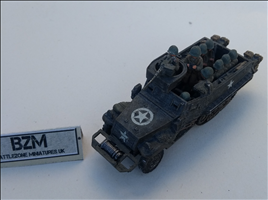 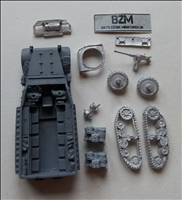 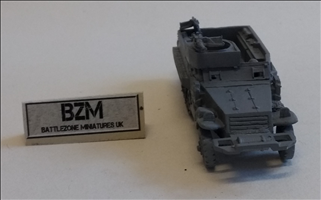 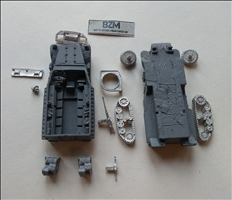 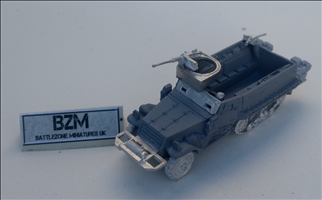 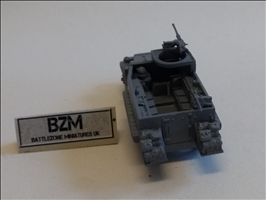 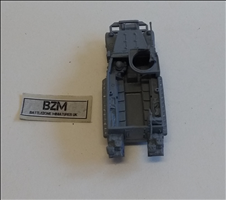 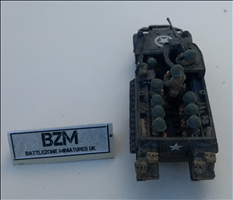 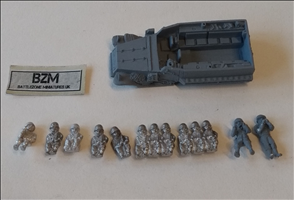