The M2A1 removed the gun rail and replaced this with three pintle socket mounts, it also had the M49 ring mounting for the 50.cal machine gun. As well mine storage rails added to the side hull. Production of the M2A1 started in 1943 and finished 1944 with 1643 being made, a further 5,000 being converted from M2’s The M2A1 could carry 10 troops three in the front and seven in rear. Additional external storage was often added and this is represented on our model.

An option is available for a crewed version with eight seated figures plus two standing gunners (one each for the 50.cal and 30.cal machine guns). 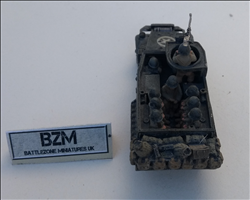 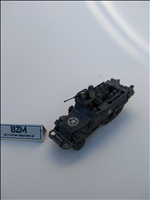 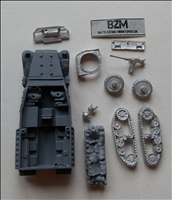 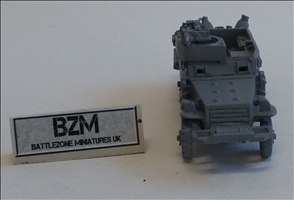 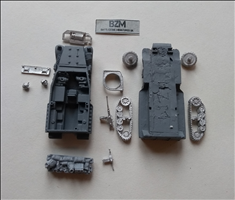 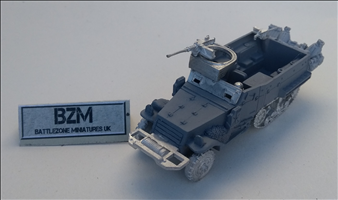 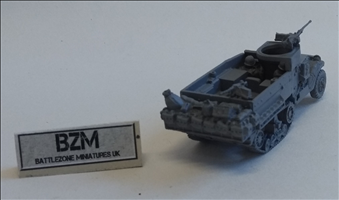 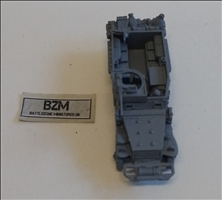