Was produced exactly as the standard production model but carries radios for the platoon leader and had the characteristic “washing line antenna, it was used in the Spanish civil war and the winter war with Finland and many were still in service during the German invasion of 1941. As with the basic 33 version it had had the same turret used on the BT-5 command tank of the same period and was armed with a 45mm gun and a DT co-axle light machine gun.

This model is made from a plastic polymer and comes ready built, all you need to do is add the gun and decide open or closed hatches and whether to add crew and storage.

The crew figure has a separate head for better posing .

Hull and tracks are one piece together with the turret cast in resin, with gun, hatches, 1 crew & storage in white metal. 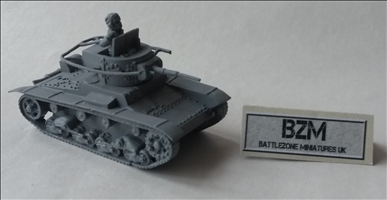 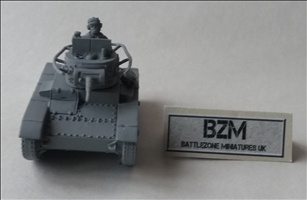 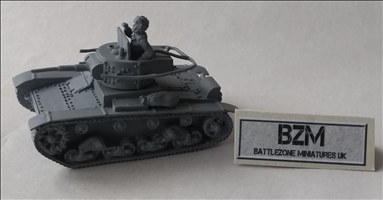 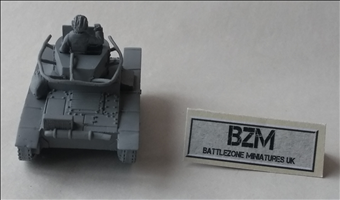