The unit contains the following.

This represents an actual five man medium machine gun unit and be used in any rule system. 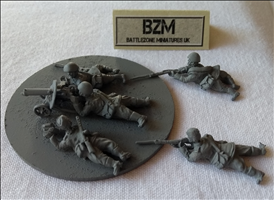 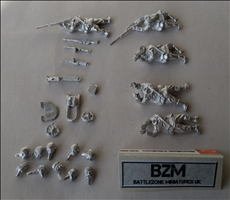